What Is Addressable TV? 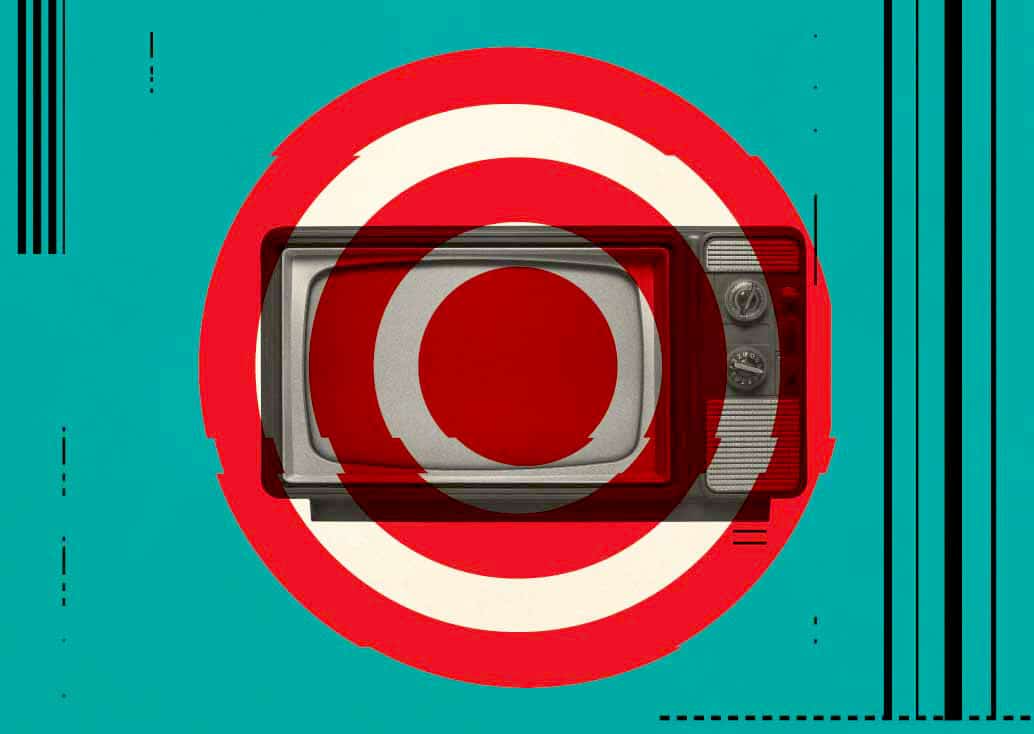 With the rise in cable-cutting over the last decade or so, television has had to adapt to the changing landscape of content transmission. Alongside this, television advertising has had to evolve, too. Many companies have grown interested in the prospect of being able to easily target their products and services to specific audiences.

Thanks to innovations within the television advertising space, TV ads haven’t lagged behind in the modern internet landscape. In fact, it has adapted rather well! The introduction and development of Advanced TV advertising have changed the game. An important term in TV advertising, there are two types of Advanced TV, “Programmatic TV” and “Addressable TV”, each with its own unique aspects and advantages.

In this article, we’ll go through all that you need to know about Addressable TV. What is Addressable TV? How does it work, and what are its advantages?

What Does Addressable TV Mean? 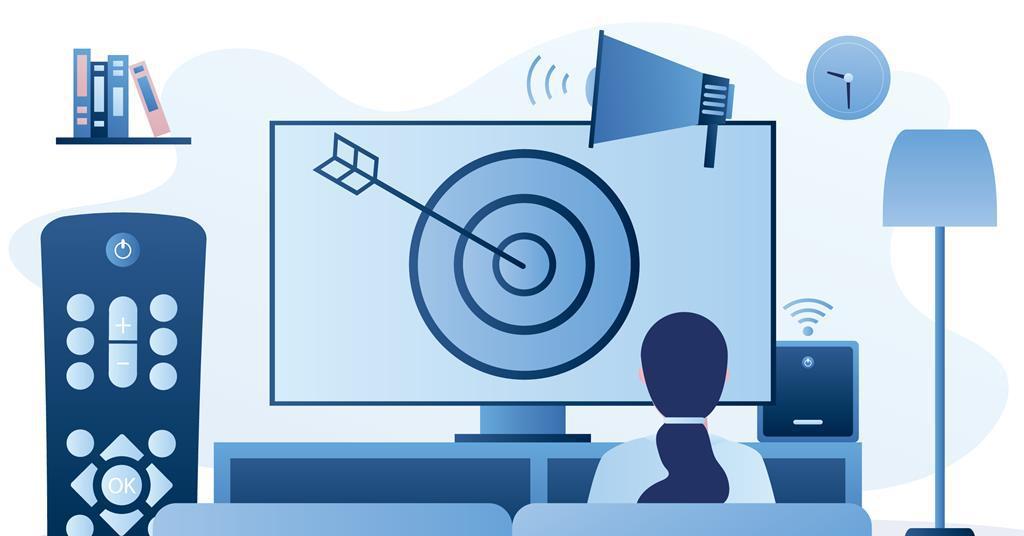 So, what is Addressable TV? Addressable TV advertising refers to the new ad targeting TVs. More specifically, it’s the ability for advertisers to show different ads to different households that are watching the same TV programme. For example, two households with different demographics could be watching the same game show programme on Channel 4, but their commercial break experience could be different from one another, depending on various factors.

Addressable TV is a TV advertising trend that should not be looked over. This new advancement in TV advertising technology has the potential to change how television is promoted and consumed entirely.

This form of advertising allows advertisers to transmit more personalised ads thanks to Addressable TV’s enhanced targeting features compared to traditional linear TV ads. Where linear TV utilised a kind of “spray and pray” model of transmitting the same commercial to a broader audience, Addressable TV ensures that the ads reach the eyes of the right audience. According to a study, Addressable TV has the potential to save advertisers up to 30% per ad by delivering more precise ads.

How Does Addressable TV Work?

Why is it a better kind of TV ad than traditional linear ads? Basically, this boils down to three factors: Demographic Targeting, Data-Driven Delivering and Precision Targeting.

Although it might seem like magic, there is quite a bit of science behind Addressable TV advertising and how it has allowed television advertising to become more personalisable. Addressable TV utilises granular data alongside panel-based research to help determine the right type of audience for an advert. This data is collected through ever-so-sophisticated cookies that are placed on the consumer’s device. These cookies collect and store a variety of information about the consumer, including their age, gender and even geographic location.

Based on this information, advertisers can use this data to display different ads for different households watching the same TV show. For example, an advert for men’s razors could be targeted to men only; thanks to the demographic targeting provided by Addressable TV.

How Does TV Ad Targeting Work?

In general, targeted TV advertising is comparable to targeted digital advertising. However, its reach is still slightly broader. These types of television ads use TV audience data to determine the right eyes for a commercial – but rather than on a personal level as with social media advertising, it targets based on the household level.

The process of targeting works like this: Every time a consumer tunes into the TV, a cookie (or several) is dropped onto their device. The cookies vary depending on the data required to target the consumer. As mentioned previously, these cookies can contain varying pieces of information about the consumer’s age, gender and, for some, even location. As soon as this cookie drops, its attached tags will begin to collect data about the consumer and his/her viewing habits.

What Features of Addressable TV Could Be Taken Advantage Of?

Now that we understand what Addressable TV is and how it works, let’s get into the advantages of Addressable TV that brands and advertisers can take advantage of. As with digital advertising, there are many advantages to utilising more personalised advertising experiences, not the least of which is its increased effectiveness.

But what other benefits can advertisers look forward to enjoying through Addressable TV?

One of the biggest advantages of Addressable TV is that it allows advertisers to target specific households. There are plenty of advantages when communicating with a specific household rather than a broad audience. Firstly, it’s more effective. Whether it’s an Addressable TV commercial or an ad on Instagram, the likelihood of a viewer making a purchase is higher when they feel as though they’re receiving personalised messages from a company.

The adverts transmitted through Addressable TV aren’t just viewable on a TV set, but also anywhere that TV content is shown. This includes phones, tablets and over-the-top (OTT) devices, allowing TV commercials a much further reach than before. Hence why Addressable TV is even more effective compared to linear TV, as it allows brands and advertisers to have the same commercial shown to the right households, leading to increased potential sales and much less cost wastage.

According to one study, Addressable TV ads can increase sales by as much as 20% – a significant improvement on the traditional linear advertising model, where ROI is only 2-3%. So advertisers looking to utilise Addressable TV advertising can look forward to seeing a measurable increase in sales in the future, perhaps even as soon as their next campaign.

Another benefit to Addressable TV ads is that they are more accurately measured than traditional TV ads. Traditional linear television advertising relies on data provided by companies like Nielsen, obtained through panels and TV show audience rating analysis to provide a general idea of the best time slots for an assumed audience. It showed how many viewers are exposed to an ad according to the programme shown, not how many viewers actually saw it and were swayed by it, which made it quite difficult to accurately pinpoint target customers.

However, with Addressable TV, it’s easy to measure the effectiveness of an advert. It allows advertisers to focus on the consumer themselves rather than the TV programme. Data obtained for Addressable TV is also near-instantaneous compared to linear TV, allowing marketers to adjust campaigns much quicker compared to traditional TV ads.

With conventional linear TV advertising, you are fairly limited as to where you can show your ads. While this may seem like a blessing at first, it often results in wasted ad spend because the same message is being shown to audiences who might never be interested in the product or service being advertised. Addressable TV eliminates this risk almost completely.

Advertising through Addressable TV also stamps out data wastage. This is because not only can you take targeted ads to individual households, but advertisers can also show the same ad to more than one household at a given time. This means that your TV advertising campaign will be more targeted thanks to the data that can be obtained and will cost less overall.

When it comes to the world of TV advertising, nothing can hold a candle to Addressable TV. It offers more precise targeting, better ROI and more accurate measurement of effectiveness than traditional linear TV advertising. Addressable TV is also a lot more cost-effective – both in terms of ad spend and data collected.

Do you want to know more about how we can help with your TV advertising? If so, give us a call on 01582 881144 or drop us a line at hello@falloffthewall.com. We’d love to chat.

Television Clearance in the UK

What Is Addressable TV?

Every TV Advertisement Term You Should Know

Trends in TV Advertising for 2022

Is your business ready for hyper-growth?